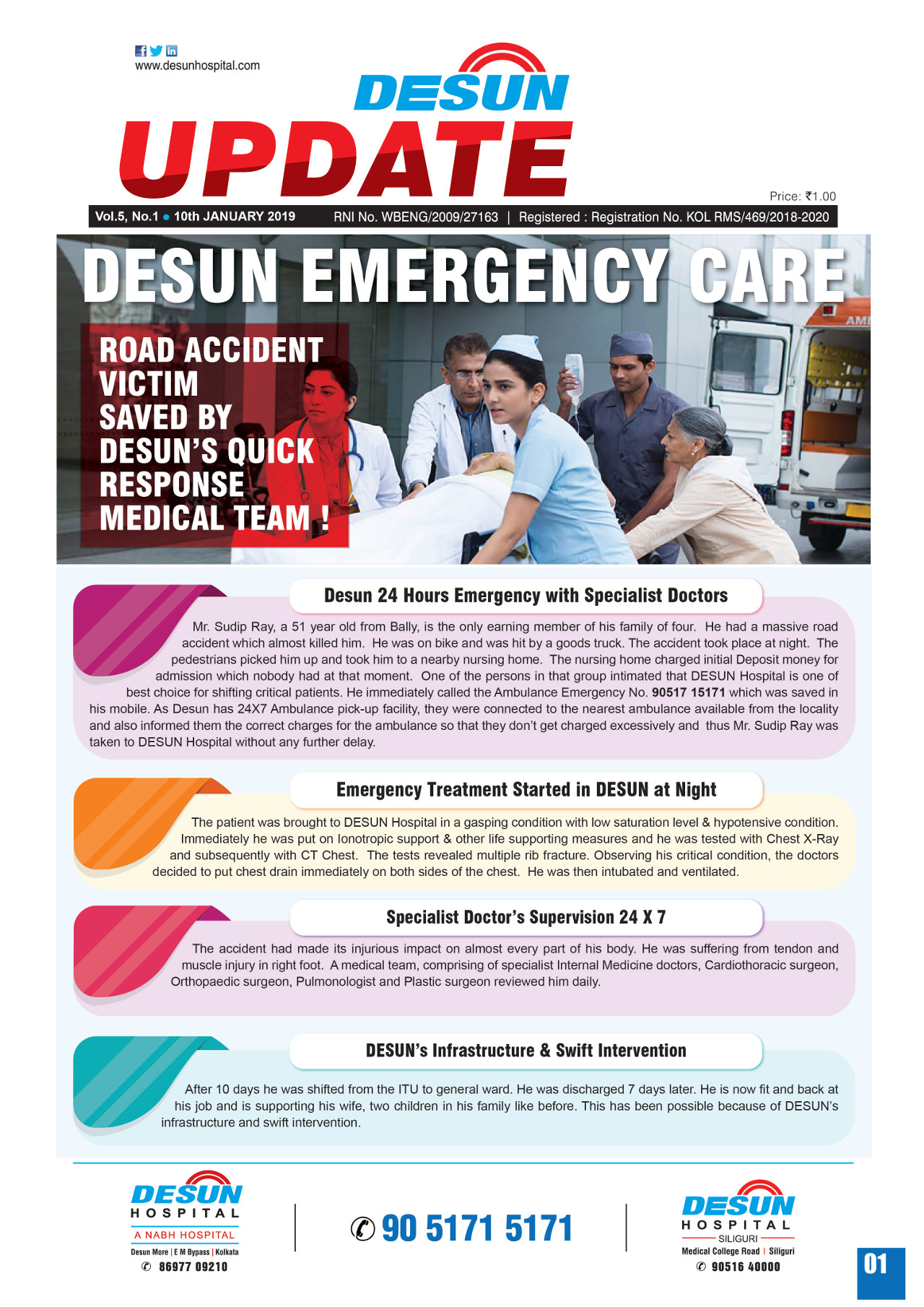 Mr. Sudip Ray, a 51 year old from Bally, is the only earning member of his family of four. He had a massive road accident which almost killed him. He was on bike and was hit by a goods truck. The accident took place at night. The pedestrians picked him up and took him to a nearby nursing home. The nursing home charged initial Deposit money for admission which nobody had at that moment. One of the persons in that group intimated that DESUN Hospital is one of best choice for shifting critical patients. He immediately called the Ambulance Emergency No. 90517 15171 which was saved in his mobile. As Desun has 24X7 Ambulance pick-up facility, they were connected to the nearest ambulance available from the locality and also informed them the correct charges for the ambulance so that they don’t get charged excessively and thus Mr. Sudip Ray was taken to DESUN Hospital without any further delay

The patient was brought to DESUN Hospital in a gasping condition with low saturation level & hypotensive condition. Immediately he was put on Ionotropic support & other life supporting measures and he was tested with Chest X-Ray and subsequently with CT Chest. The tests revealed multiple rib fracture. Observing his critical condition, the doctors decided to put chest drain immediately on both sides of the chest. He was then intubated and ventilated.

The accident had made its injurious impact on almost every part of his body. He was suffering from tendon and muscle injury in right foot. A medical team, comprising of specialist Internal Medicine doctors, Cardiothoracic surgeon, Orthopaedic surgeon, Pulmonologist and Plastic surgeon reviewed him daily.

After 10 days he was shifted from the ITU to general ward. He was discharged 7 days later. He is now fit and back at his job and is supporting his wife, two children in his family like before. This has been possible because of DESUN’s infrastructure and swift intervention. 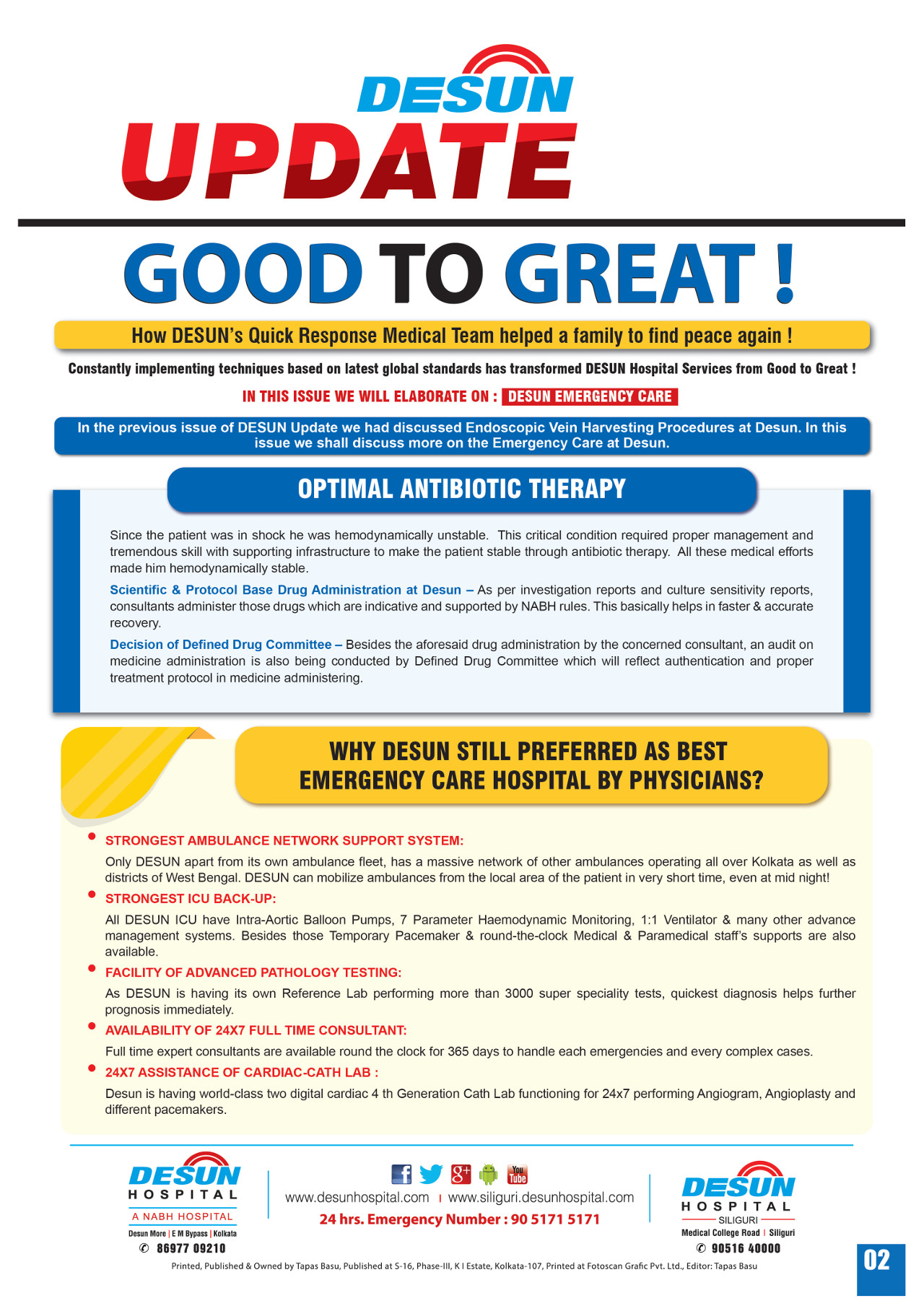 In the previous issue of DESUN Update we had discussed Endoscopic Vein Harvesting Procedures at Desun. In this issue we shall discuss more on the Emergency Care at Desun.

Since the patient was in shock he was hemodynamically unstable. This critical condition required proper management and tremendous skill with supporting infrastructure to make the patient stable through antibiotic therapy. All these medical efforts made him hemodynamically stable.

Scientific & Protocol Base Drug Administration at Desun – As per investigation reports and culture sensitivity reports, consultants administer those drugs which are indicative and supported by NABH rules. This basically helps in faster & accurate recovery.